Back in October last year, when I had the front diff. out to install a new VC, I noticed that the input seal was leaking. It would have been smart to replace it then, but I couldn’t wait for the seal to be ordered in. Then I procrastinated, put the job off until today. The job is quite straightforward; disconnnect the prop shaft from the front diff., undo the 24 mm nut that holds the drive flange on the input shaft, remove flange, remove seal, replace seal, replace flange, etc.

Addendum: Have a look at this thread on Yahoo Syncro list for discussion on cheaper seal. I didn’t see that thread before I bought the expensive one from dealer.

I’ll be pedantic and list the steps I took:

– chock pass. side wheels and jack and support driver’s side so that left rear wheel is off ground (you could have both wheels that side off the ground, would be easier to rotate propshaft to get at all the propshaft flange bolts)

– mark the propshaft flange, the front diff. flange, and the front diff so that you can get all the bits back in same orientation.

– remove the 4 nuts and bolts holding propshaft to front diff. flange (13mm, use 2 open end wrenches), and let the propshaft rest on ground, or support with wire.

– rig up some sort of tool to hold the flange as you undo the nut (24 mm), the nut is on there tight (135 ftlb). My elegantly engineered (ha!) flange holding tool required the pass. side propshaft protection rail to be lowered a tad.

– a 2 arm puller to pull the flange off the shaft, came off very easily.

– the exposed seal can be pried out with a strong screwdriver. I was surprised at how secure it was in there. Be careful not to damage the aluminum housing.

– some oil will drip out, have a container in place to catch it

– new seal is lubed then, as the Brits say, offered up to the housing. I used a brake caliper piston to carefully drive the seal home.

– then the flange, and the washer and nut. Again you need to hold the flange as you tighten the nut.

– propshaft back up and secured.

– some gear oil squirted in the fill hole (17 mm socket head plug) just back of the driver’s side inboard cv joint.

– the diff mount bolts left loose for a few miles, then tightened up. Just to allow the front diff to settle in a happy place (a sort of horizontal self alignment).

Here are some pics:

Propshaft removed, the 24 mm nut that holds the input flange on is revealed. 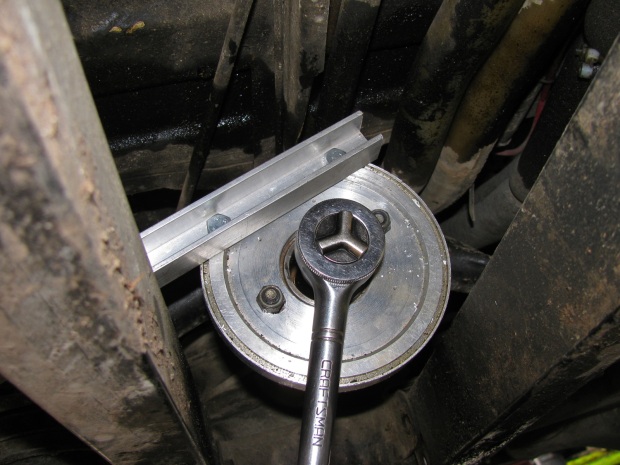 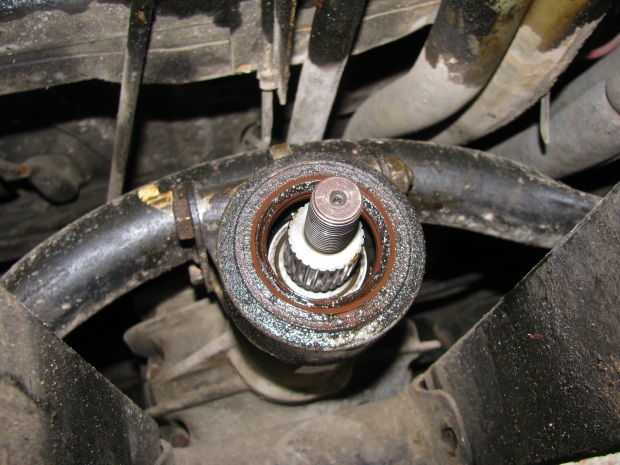 Shots of how the brake caliper piston is a good fit to use as seal seating tool. 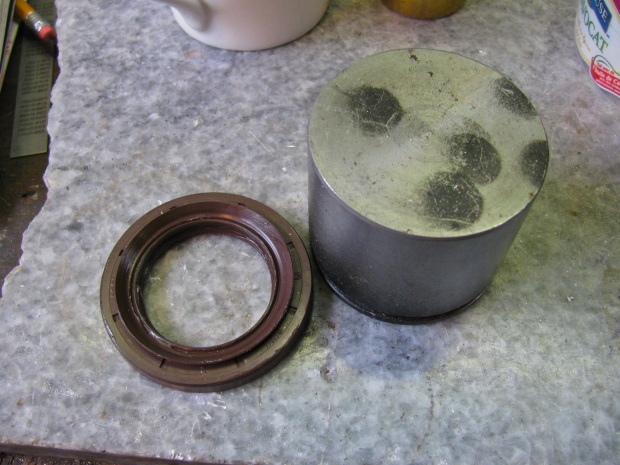 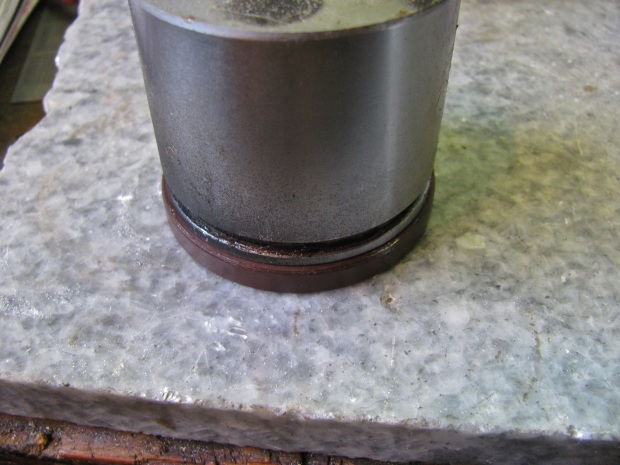 This entry was posted on January 13, 2012, 3:22 pm and is filed under syncro, syncro specific repairs, vanagon. You can follow any responses to this entry through RSS 2.0. You can leave a response, or trackback from your own site.