Seen on the way home today

Noticed it at intersection to road I was driving on, pulled over further on ( right where float planes get ferried across from airport to Patricia Bay) and grabbed the iPad mini from its mount.

You know, there are quite a few interesting cars around here and they come out in the good weather. But I don’t often get a shot of them on the road.

So distinctive, so very cool, such a loaded history.

Trip – turned out to be more of the same

We were planning on exploring some new areas when we left late Sunday afternoon but were thwarted by closed gate on the access road. Where there is active logging the contractor usually restricts access to the area by locking a hefty steel gate across the road or even just a steel cable with signage. I think they do that mainly to reduce chances of vandalism or theft of machinery or equipment left on site during non working days. So we headed up to one of our fall back view point spots while there was still heat in the day and we could sit back and enjoy the view and some beverages.

So there we were, again. 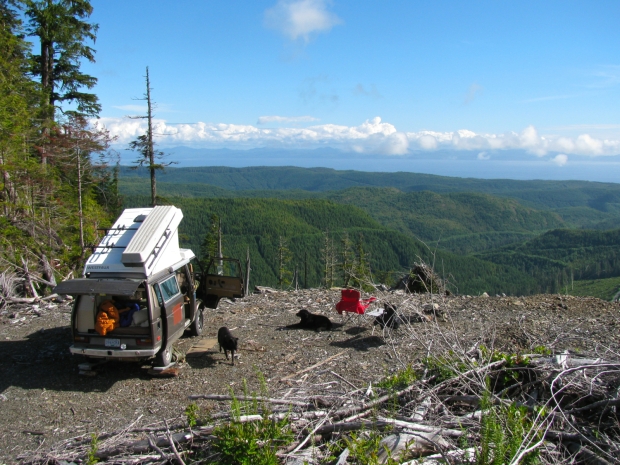 Bridging ladder used to level the van. My van is a rolling advertisement for my slowness in finishing things. Sliding door skin repair, rear bumper build (well it is getting closer), still no tires for the 15″ alloys I bought a while back. 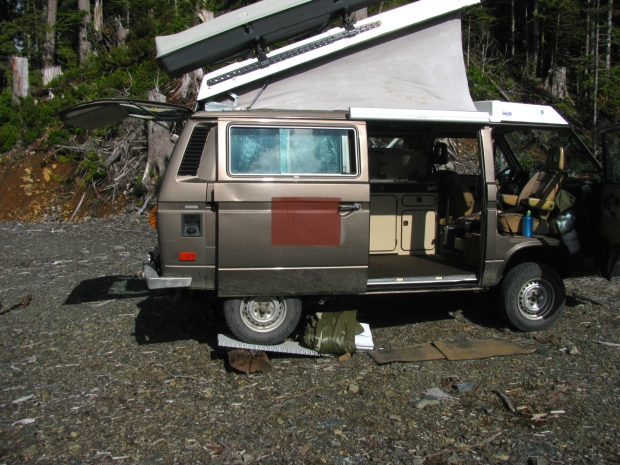 Took a walk, into newly logged area. I was taken by this cloud on the hill. 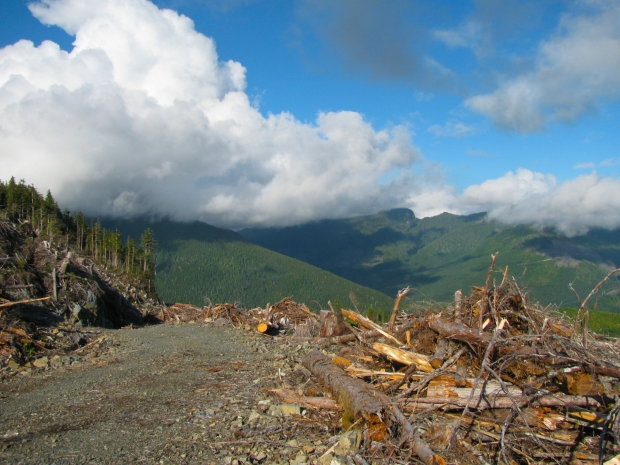 And took a bunch of pics for a pano. If you click on image it comes up in new tab/window, at my default image size of 1500 pixel max dimension. You might be able to make out the beach at Port Renfrew.

Then suddenly it seemed like someone turned on the smoke machine to film some post apocalyptic movie.

And almost as quickly turned it off.

You know, i never get tired of the view looking over to Washington, summer sunset. You notice the orange haze? Could be from a forest fire somewhere. A couple of summers ago we had amazing sunsets when camping in same general area that were due to forest fires in Russia. Hard to believe eh?

Next morning I got up early and took some more pics to stitch.

We left at about 0930 and made a few exploratory trips up roads like this. But we didn’t find a good spot to camp.

So it was a fall back to Loup Creek. It is pretty isolated, I don’t think many would make the effort over the moderately rough and slightly overgrown road just to be able to sit on a bridge. No, I’m not picking my nose.

The creek is beautiful, but quite cold. We hiked around, exploring a few km upstream and a little ways downstream. Here are a couple of pics of a little feeder stream, posted to point out a couple of things. First is that I find it really hard to take a pic of theses streams during mid-day. The river rock reflects light, the shadows and greenery suck the light up. I think i would have to set the camera on a tripod and take a series of pics with varying exposures/aperture and sam them together for an HDR image.

Second is that these short steep streams on the west coast of the island vary in flow tremendously.

You’ll find debris high up on the rocks or the bank that was deposited during floods.

All that white rock would be underwater during winter spate. 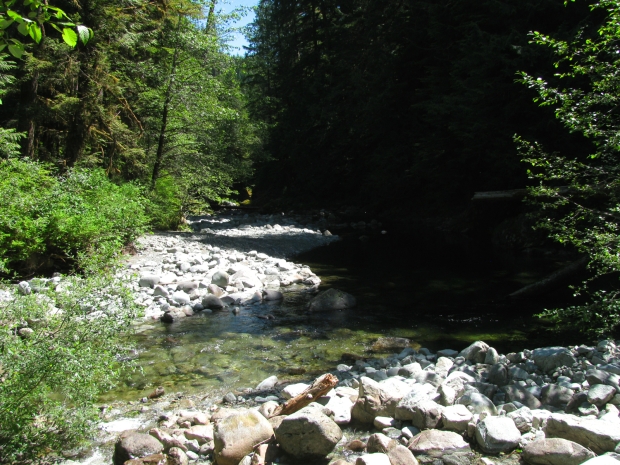 Supper time on the bridge. Chairs now on south end to catch the sun. 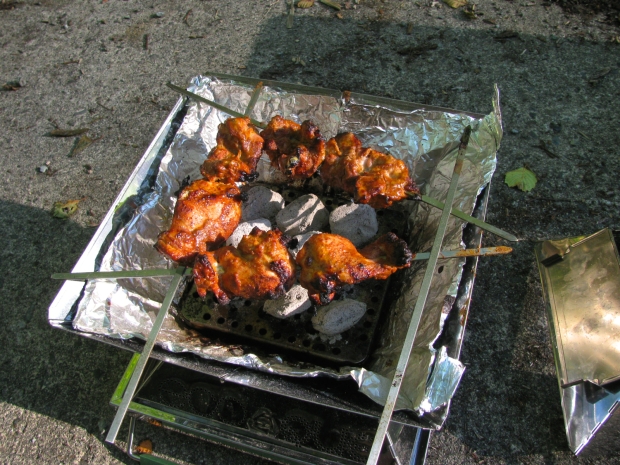 Lid on to finish cooking. 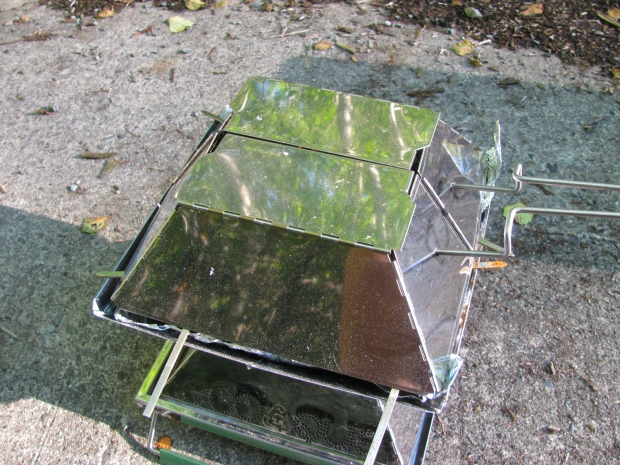 Had this canvas bucket for years, US Army issue, one of the most useful accessories.

Next day we explored more, sunbathed more, read more, drank more, ate more, dunked in the frigid creek more, and then drove home in the late afternoon, early evening. Van ran like a champ, fridge worked from when it was lit at leaving on trip to when we got home. Garmin Glo and iPad mini remain a superb navigation combo – I should do a post on the software I use.