I’ve been mucking around with the notion of better protection of the westy propane tank. I wanted a bit of extra cover to reduce the amount of dirt on the tank fittings and also some protection for the copper lines that lead up into the van. Here are some pics of one prototype. During the making of this one I had a better idea, so another version is in the works.

This one appears to hang lower than the stock skid plate, but in fact it sits a tad higher. I think the unpainted aluminum and the side plate gives the visual effect of sitting lower.

Oh, and I do get a lot of muck thrown up on to the side of the van. Combination of not having my mudflaps on and the 25mm offset of the rims.

I’ll do another post on this skid plate showing it with side plate off and explaining why there is a half moon cut out on side plate. 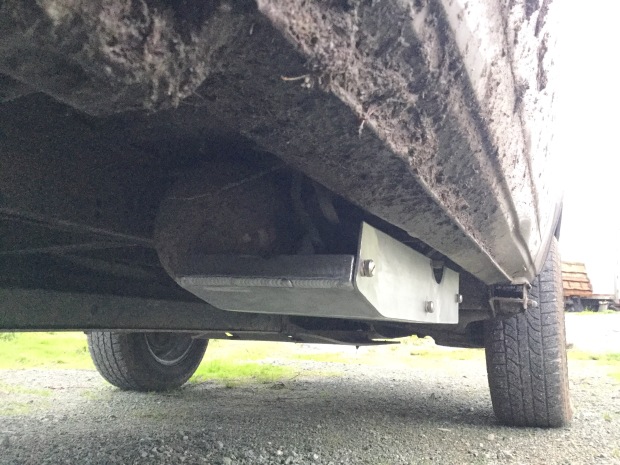 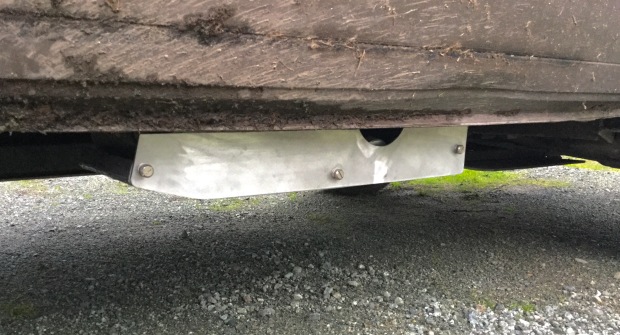 This entry was posted on December 1, 2016, 9:19 am and is filed under vanagon, vanagon mods. You can follow any responses to this entry through RSS 2.0. You can skip to the end and leave a response. Pinging is currently not allowed.