Last weekend I pulled the dash off the yellow Doka so that I could do a refurb of the heater box. It could have been worse, but of the six machine screws that hold the heater box on, the heads of two twisted off, and another had to have head drilled off and stub removed with vice grips. 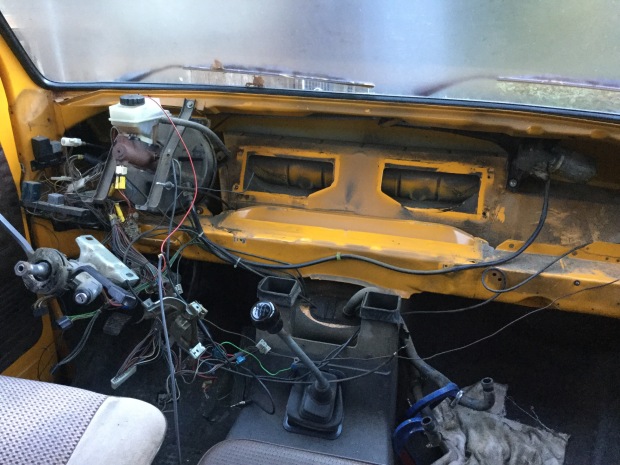 Hey look at this heater box. I think my 82 diesel Westy was the same, and that is the box is not welded together at those tabs. Yeah, there were metal clips, but no plastic welding. My 86 syncro and Simon’s 91 syncro heater boxes had the halves welded together.

The fan motor was seized. I did loosen it up and I click get it to run, but it will be replaced. The foam on the flaps was all disintegrated. The heater core was dirty but sound. I’ll get back to the box later, next post will be about the pedal assembly.

This entry was posted on November 21, 2015, 7:00 pm and is filed under vanagon. You can follow any responses to this entry through RSS 2.0. You can leave a response, or trackback from your own site.