In this post I described installing some led strip lighting and dimmer switches. During the install I smoked one of the dimmer switches so I wired both strips to the one controller and lived with it until I ordered another switch. Those dimmer switches were inline units and I spent some time milling out a kind of mounting plate for them. The more I looked at this kludge the less I liked it. It didn’t help that a couple of friends were less than enthusiastic about it, despite my glee at actually being able to make the thing. Looking around superbrightleds.com I found a better solution, this dimmer switch. All it does (capacitance touch method) is turn light on and off and dim them. The previous switches had additional flashing and flicker settings which really are useless in this application ( I thought perhaps the flicker setting would mimic candle light – ha! was I wrong).

The new switches come with 5.5 mm barrel connectors so I also ordered up some adapters so that I could attach wire pairs. I installed the switches today and I have to say they are a big improvement over the other ones. One touch turns the light on or off (and the light ramps up and down with the on and off touch – a small feature but very cool), and holding your finger on the switch dims down then back up. No moving parts, its all to do with capacitance (David B. needs to explain this to me).

No points for guessing where the makers got their design influence from.

The male and female 5.5 mm barrel to wire adapters. 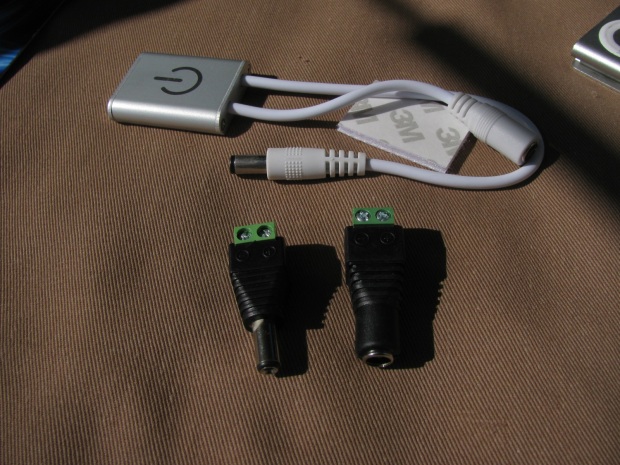 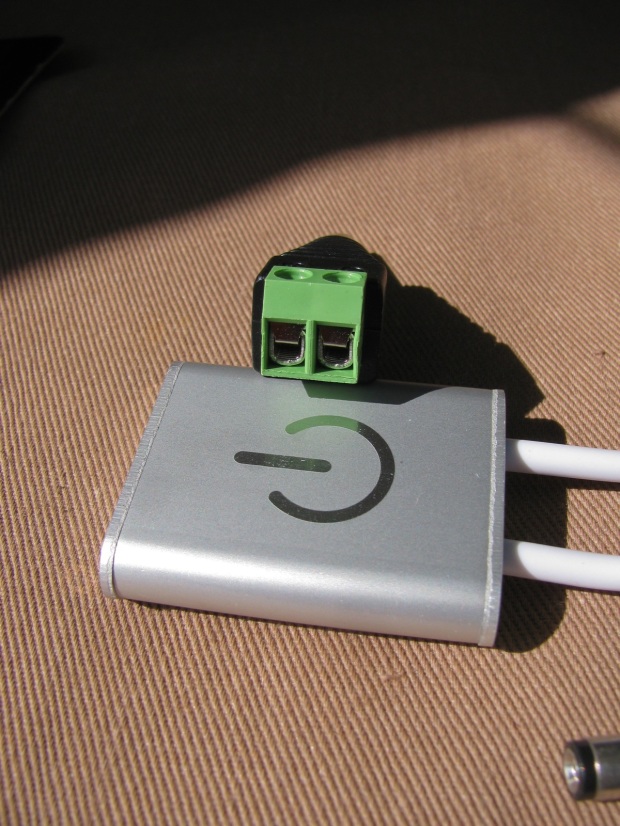 Adapters on the switch leads.

The switches come with a small square of 3M adhesive backed Velcro. Makes them dead easy to mount, but not dead easy to get two of them perfectly aligned. 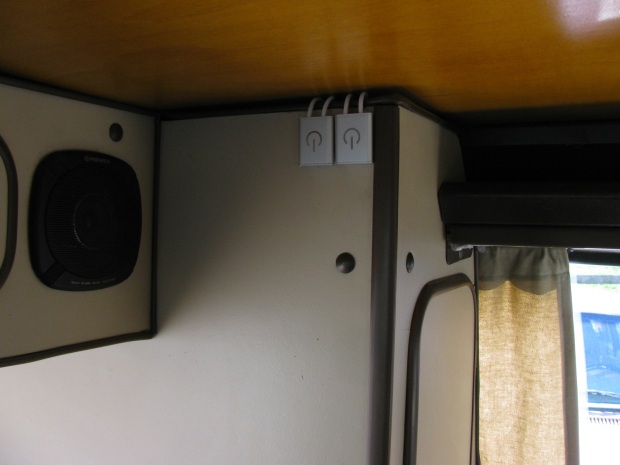 Addendum: I just measured the current draw of the new switches. When turned off my Do Wattson shows 0.00 A. When both main cabin strips turned on the meter shows 670 mA. This is better than the old switches that did consume a little power when off (somewhere under 10 mA) and when switched on the system drew 750 mA.

This entry was posted on March 29, 2013, 7:28 pm and is filed under vanagon, vanagon mods. You can follow any responses to this entry through RSS 2.0. You can leave a response, or trackback from your own site.