Yeah, I know, I know, these heaters are not the best solution for the van. I got this one back in ’93 and never did install it in my ’82 westy. But over the last couple of years I’ve dragged it out to use in the syncro for winter camping, and last week I finally cobbled together a more secure mounting system for it.

BTW, apart from the risk of oxygen depletion, and the possibility of CO production (although if the heater is working properly little CO is created, well except if the oxygen level is low then more CO is produced) the big drawback of an unvented propane heater is the production of water vapour. Here’s the logic, using a 1 lb propane bottle as fuel source:

The molecular weight of water is 18 g/mole, therefore  741.6 g of water produced.

A respectable amount, almost 3 cups, of water is liberated into the van when you burn a one lb bottle of propane.

So the lesson learned is either buy a vented heater or make sure you vent the van well. I like to have the pop top vent partially open and one window open about an inch when I use my unvented heater.

OK, enough. The point of the post was to show my quick and dirty mount. I used scrap 1/4″ aluminum (5052 if you’re asking) and instead of welding  (my skill at welding inside corners, especially on tubing is still at the crap level) I bolted it together. 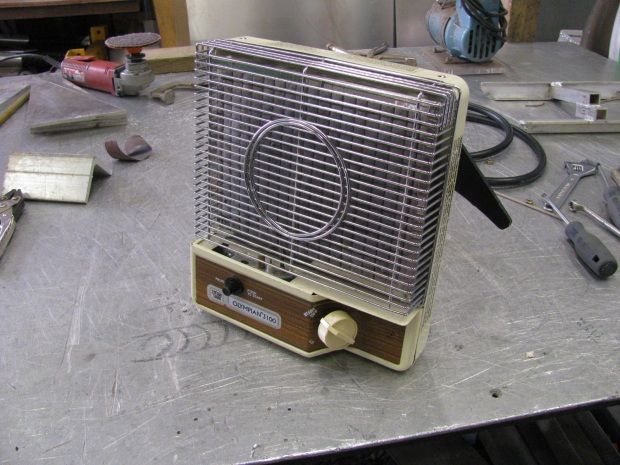 The unpainted aluminum shape is bolted to the heater to stiffen things up. The painted “wing” is the bolted to that stiffener. The bent tube is actually bolted to the wing – bolt through wing into a tapped hole drilled crosswise in a bit of steel rod which is running crosswise in the tube. Oh yeah, that’s great descriptive prose. One unexpected bonus is that the heater now can be placed on floor, if desired. 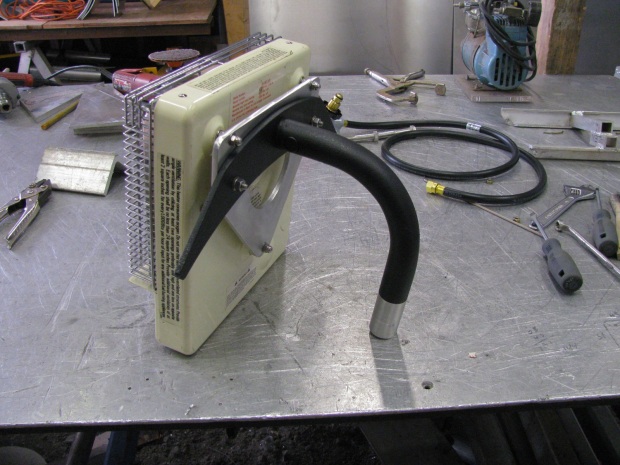 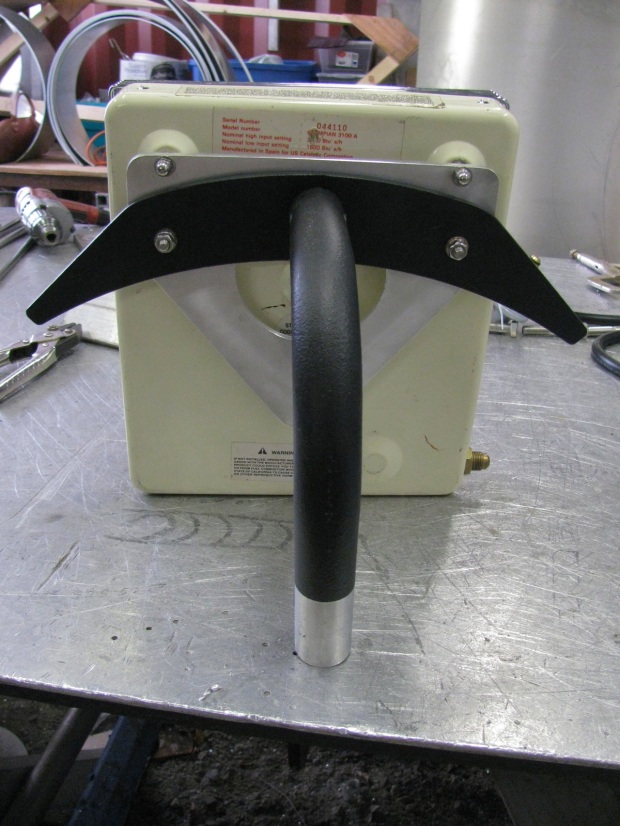 Unpainted end of tube fits into front table arm of the van. It can be adjusted to a range of positions and is high enough to mostly avoid being hit by the dogs. 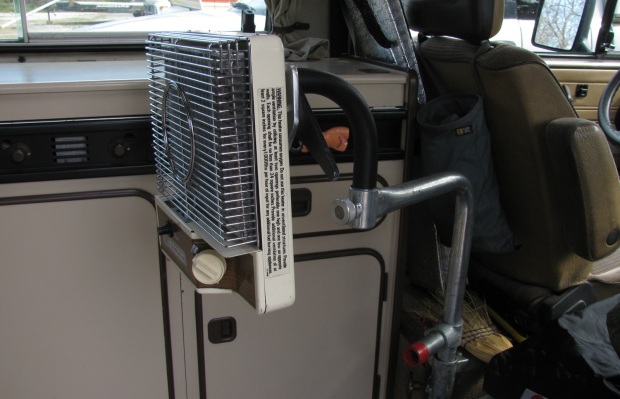 I’ve been using a 20 lb propane bottle sitting in the driver’s footwell. No, not the most elegant solution.

Addendum – it just occurred to me that it might strike some as strange that I don’t simply attach the tubing directly to the stiffener piece and get rid of that black wing. The truth is I made the tube and wing first and mounted it directly to the top two bolts on the heater. But I found that not steady enough so I made a backing plate. I liked how I could coil the propane line around the wing, so I kept it, for now.

This entry was posted on March 26, 2013, 6:46 pm and is filed under vanagon, vanagon mods. You can follow any responses to this entry through RSS 2.0. You can leave a response, or trackback from your own site.