Friend Donovan at Western Edison let me have some scraps of 3/8″ thick aluminum honeycomb material. One of the bits was large enough to cut out a simple tab and slot stand for my solar panel. As crude as it is, it worked well enough on our trip last weekend.

The panel is an older model Siemens 75 W unit. Good friend Dave gave it to me last year. He bought a pair for an ungodly low price. And just last week he gave me the other one ( he was toying with me). So I have two of these panels and that’s forcing the issue of whether to mount one on the roof. On last weekend’s trip I had one on the stand and one sitting on the luggage rack, might be better to have one on the roof racks at least during the summer, I don’t know.  Btw, they both connect to the same charge controller.

I never planned on having the solar and battery set up I have now. To be honest it’s way more than I need, but it’s interesting to play around with the set up in the van. 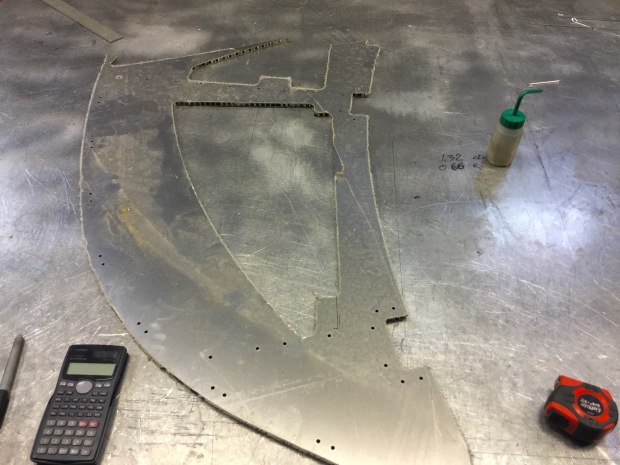 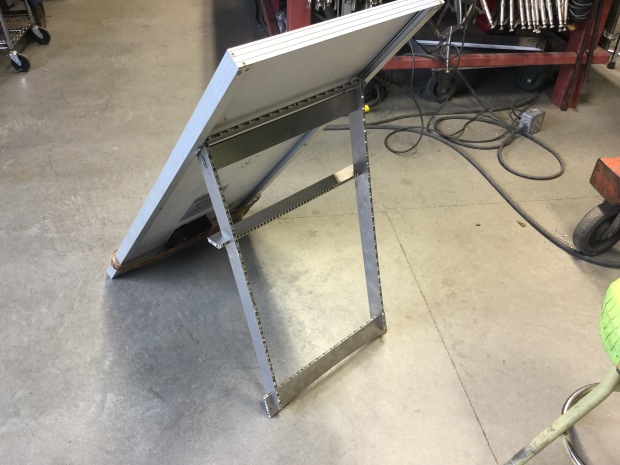 This entry was posted on June 8, 2016, 7:49 am and is filed under vanagon mods. You can follow any responses to this entry through RSS 2.0. You can leave a response, or trackback from your own site.