I’ve been cleaning up my stepfather’s workshop and have come across a few interesting artifacts, here are three to begin with. First is a keg of nails, flooring nails to be specific. Probably from the 40’s.

The other, a British pattern 1876 “Martini-Henry” socket bayonet. Story is that when my stepfather and his family moved into a larger house back in the ’20’s, his father (who was not at all a fan of militaria) threw out all the stuff the previous owner (and army colonel) had left in the attic. All that is except this bayonet which was used a a ground spike for the house electrics.

And finally, something a little younger. Over in one corner of the workshop was a wooden crate with a Woodwards (department store in BC and Alberta until early ’90’s) price tag of $129 . Turns out is was purchased in the ’70’s and had been sitting in the workshop, untouched, since then. We broke open the crate, and removed the rust preventing paper wrap and exposed a very nice vice. Paint job and machining on this vice is first class. We’re going to mount it up on the bench and my stepdad can finally have fun with it. 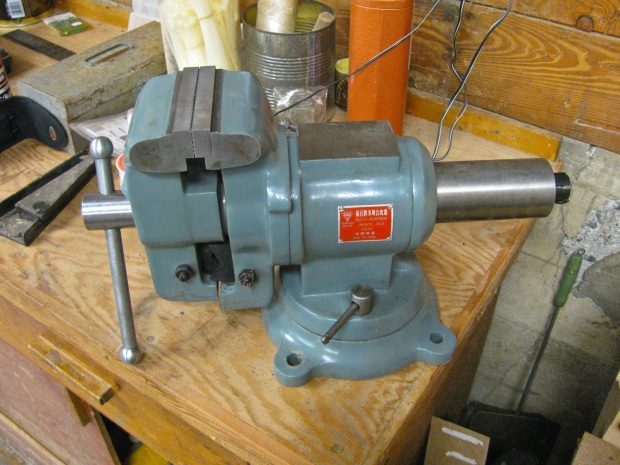 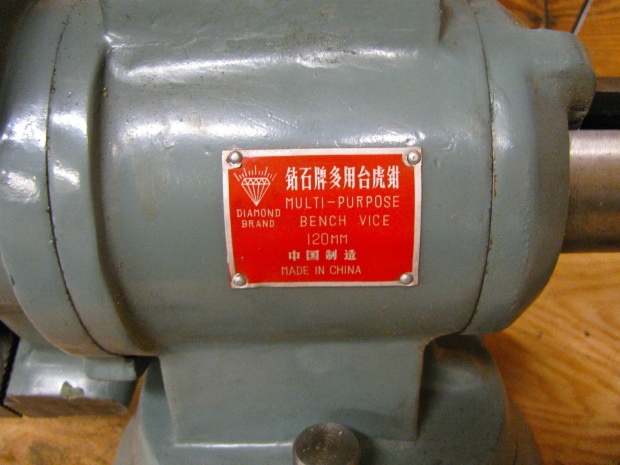 This entry was posted on May 23, 2012, 6:22 pm and is filed under other, tools. You can follow any responses to this entry through RSS 2.0. You can leave a response, or trackback from your own site.