Finally the weather around here has warmed up and looks stable enough to pull the pop top out of the garage and get around to painting it. I power washed it last fall, and did a bit of scuff sanding. I have this notion to insulate the ceiling with some 3/8″ closed cell polyethylene foam so I set about taking the fuzz off the ceiling. I used an orbital sander, which worked well. Then I thought I’d try some paint stripper (had a little bit hanging around), and that worked really well. I’m not concerned about getting all of the tan paint off the ceiling, just the fuzz and around the edges. 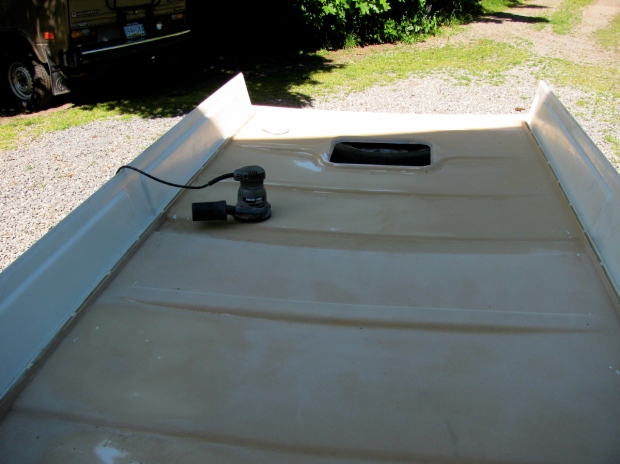 Then I used some thickened epoxy to fill some holes I had in the top. While the epoxy was curing I put a coat of paint on the luggage rack. 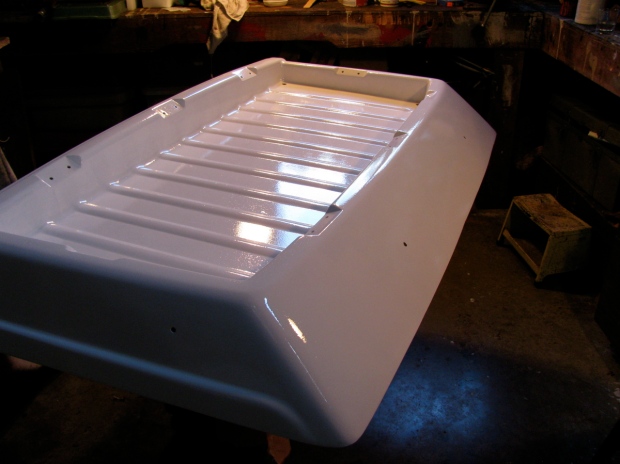 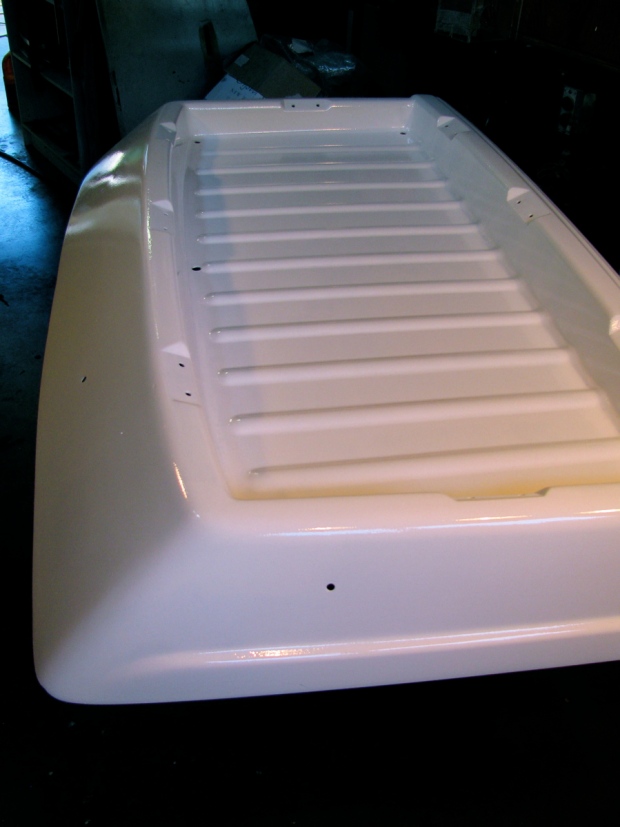 It’s not a great job and it does need a second coat, but it sure looks much better than it did on the old ’82 westy. Tomorrow I’ll get another coat on it and do the pop top.

This entry was posted on June 4, 2011, 6:54 pm and is filed under vanagon, vanagon mods. You can follow any responses to this entry through RSS 2.0. You can leave a response, or trackback from your own site.