I’ve finally arrived in St. Vincent, all in one piece but for one bit of luggage lost by LIAT on last leg from Barbados to St. V (the bicycle, yes, I was humping a fekkin bike with me). Plane was a Dash 8, almost a bookend to the Air Canada Jazz Dash 8 I took from Victoria to Vancouver the day before, but this one had more legroom and a teeny bit shabbier. Not as much concern about cockpit door security too.

On Airbus 319 from Montreal to Barbados I got punchy and bored (understandable after the hell that was the red eye from Vancouver to Montreal). Suddenly I saw clouds. I mean “saw” them. Look, by that time my neck was sore from all the head-snaps of micro sleeps and I probably had moved on to an alternate realm of common sense, but crikey didn’t the clouds around Bermuda and on south look text book?

Now hold on, before I even got as far as Bermuda I had grabbed the GoPro to shoot what I thought was the last part of N. America I’d see on the trip. The flight line goes straight down past Boston and out to run over Bermuda and on to Barbados. I can’t be arsed to id this part of New England, but will post the riveting vid.

And then the clouds just south of Bermuda…it got even better as we closed in on Barbados, but even in my fevered state I knew that lots of cloud pics would, in the morning, seem silly 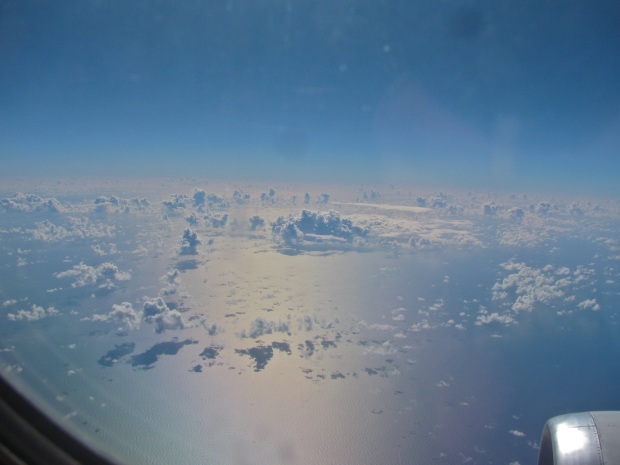 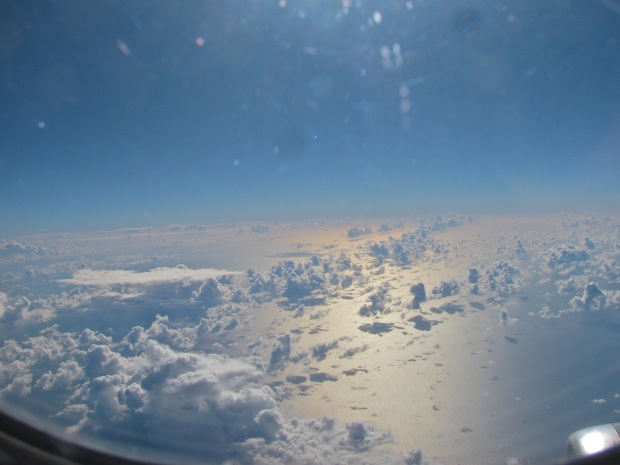 This entry was posted on February 25, 2012, 6:05 pm and is filed under trips. You can follow any responses to this entry through RSS 2.0. You can leave a response, or trackback from your own site.